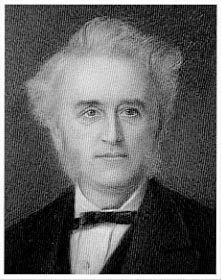 In 1838 Etienne Dominique Esquirol followed in 1844 by Edourd Seguin described some aspects of the syndrome but did not give a name or identifying it as a distinct condition.

The name of the syndrome originated from the name of the British physician John Langdon Down who was the first in 1862 to outline the characteristics and the condition as a form of mental disability, and in 1866 he described more fully in a publication.
Initially he called the people affected by the syndrome as Mogoloid, because of the similarity of the physical traits of these people with the facial features of the Mongolian population and they also ventured the cause, linking it to an ethnicity theory.
The term Mongoloid was soon challenged and scientific community suggested the use of the term Down's syndrome.
During the period in which the cause of Down syndrome remained unknown, it had been noted the relationship with maternal age.
Medical texts attributed the cause to a combination of hereditary factors not well identified, while other theories corroborate possible injuries sustained during childbirth.
The Down syndrome, usually is associated to a delay in cognitive ability, physical growth and to a set of facial features.
Compared to a sample of non-disabled children with average IQ of 100, the children with Down syndrome have an IQ of about 50.
In all cases the syndrome is seen as a cognitive delay, and is detected a physical disability widely variable from person to person.
Only many years later, with the advent of studies and research and technical analysis on chromosome karyotype, it will be able to identify the real cause of Down sindrome.
For those who want more information about Doc. John Langdon Down can find them on this topic.